Want to feel great about work? Check out these 150 Wednesday motivational quotes about work. Share these quotes with your team, friends, and family too! 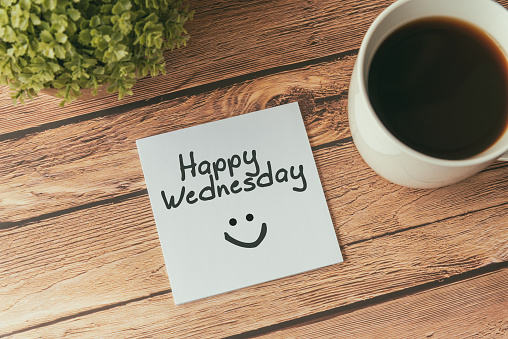 These positive quotes and words of wisdom about work and success will help you gain a new perspective on your job. The overwhelming feeling that we get from the crazy fast pace of work and life can leave us feeling overwhelmed and affect our productivity.

We all feel like we need to work harder and more efficiently, but often times we forget about enjoying the little things or taking care of ourselves. These motivational quotes will help remind you just that. It doesn’t matter if it is your first day on the job or if you’ve been in an office for 20 years, you can use the inspiration from our 150+ positive work quotes to stay motivated and upbeat.

Get inspired this Wednesday!

Don't be pushed by your problems; be led by your dreams. - Ralph Waldo Emerson

Wednesday motivational quotes for the workplace

60+ Empathetic Thank You Messages for Your Coworkers

These motivational quotes and inspirational maxims offer words of wisdom that will reinvigorate your spirit and remind you to take time out for yourself. In a world where we sometimes forget to stop and smell the roses, here is your chance to pause, breathe deep and go easy on yourself. These positive quotes were thoughtfully chosen to help you achieve a better outlook on life, no matter what struggles you may be going through right now.

25 funny and lighthearted office pranks ideas to use at work

How to Use GIPHY on Slack? Install and Send GIFs on Slack!

How to keep motivated at work?

Now that it’s officially mid-week, your eyes are probably drooping, and your mind is probably drifting towards thoughts of Fridays, vacations, and how you can decide which activities to squeeze into your weekend.

"How do you motivate yourself to stay focused on the task at hand?" This might be a question that you constantly ponder over…

The following are some strategies to consider.

How to get your employees motivated?

Motivation is the driving force of success. It’s what gets you out of bed in the morning and keeps you going until bedtime. Motivated employees are also more productive, creative, and work with greater efficiency. The ability to motivate oneself is not a natural trait; it needs to be cultivated over time with practice and discipline.

We are constantly motivated by factors such as rewards, punishment, and fear. Which is why it can be difficult to motivate employees who are not paying attention or who don't fit the company culture. The key to motivating employees is to understand their needs and offer them an incentive that works for them.

Tuesday might be a day for reflection, but Wednesday is a day for inspiration. We have compiled some of the best quotes about motivation to help you get through your day. Go through the list of powerful quotes and share them in your circle to push your friends and well-wishers to help them achieve their best